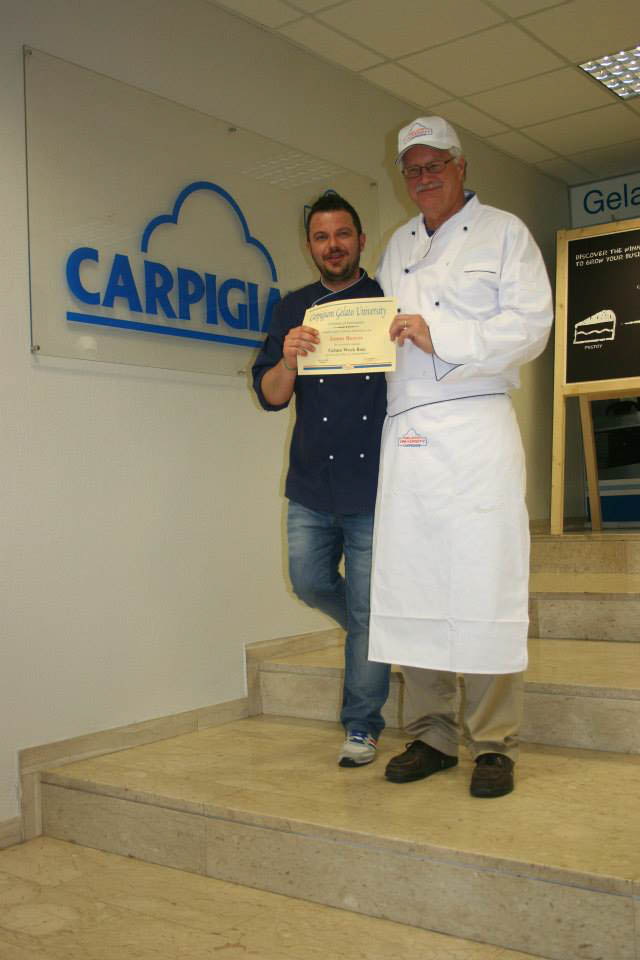 Authentic Italian gelato is now being custom-crafted in the heart of the Texas! At Skyline Gelato, owner and master gelato creator, Jim Beaver, is bringing a taste of old-world Italy to the Hill Country. It all started with a family trip to Italy. According to Jim, “in Rome, we visited the usual tourist spots where I had my first taste of gelato.  As an ice cream lover from a young age, this was heaven!”

After returning back home to Texas, Jim craved the creamy deliciousness of the gelato he and his family enjoyed in Italy. And although he found some tasty frozen desserts, he never found the authentic, rich texture and flavor he enjoyed abroad. That’s when inspiration struck. According to Jim, “after doing in-depth research, I discovered the Carpigiani Gelato University in Bologna where I was taught the art of crafting gelato from the masters.” Carpigiani Gelato University was started in 2003 to help spread Italian artisan gelato culture.  It provides hands-on experience in creating artisan gelato, providing training to students from around the world.  The training provides the knowledge to create our own balanced gelatos having great flavor and texture using many different ingredients and flavorings based on local customers’ tastes and preferences.

When he graduated from the Carpigiani Gelato University, Jim began making gelato at home. His delicious gelato creations impressed family, friends, and neighbors. Jim wanted to take his knowledge even further. He went back to Italy to attend Carpigiani’s advanced course where he truly became a craft gelato master artisan. Jim, along with his fellow students from Lebanon, South Sudan, Ethiopia, Brazil, Indonesia, Kuwait and other countries, learned the process to create not only the sweet gelatos that are commonly available, but also savory and alcoholic flavored gelatos that are only created by the masters. He returned home, purchased the equipment necessary to mass-produce gelato and sorbetto, and Skyline Gelato was born. Skyline Gelato is a true taste of Italy, right here in the Texas Hill Country.